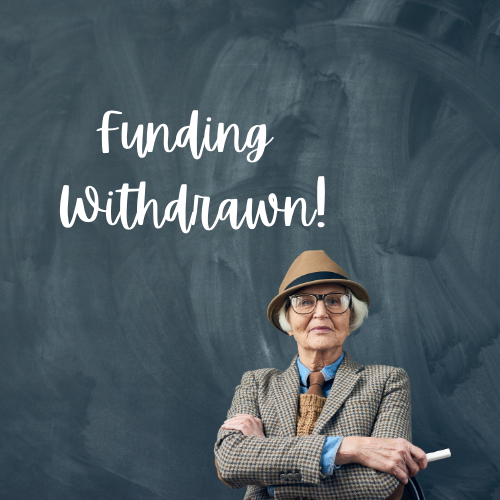 It's been almost three months since my last blog post. I felt that I didn't really have much to share, but as I walked along the blustery canal towpath with my friend this morning I was reminded that there really is plenty to share with you all.


When I last wrote back in December, I had just finished my first round of immunosuppressants and, although I thought it had gone pretty smoothly, as I look back now, it hadn't really. I was fatigued and nauseous, I was stressed about the foods I could and couldn't eat, and I was still living in a place of fear. But as I entered my second and third months post-diagnosis, I began to settle into a routine with my food, stopped overthinking everything, and became less fearful of what exercise I should or should not do. I continued my research and chatted with others in a similar situation which, I have to say, helped immensely.

Since you're reading this blog, I imagine you're intrigued as to where I am in my treatment programme now. I will get to that shortly, but I need to share a little more first.

You have no doubt gathered by now that I am a pretty open-minded person who doesn't always accept the first answer I am given. In my mind there always has to be additional or alternative options. This recent brush with cancer is no different. So with this in mind, let’s backtrack a little.

Last autumn, I found an enlarged lymph node in my neck and, with my past history of breast cancer, I felt the need to get it checked out. The biopsy confirmed that yes there was, to quote the consultant, "a rogue cell".

MRI and CT scans were carried out, but neither showed any evidence of cancer and so I was sent for a PET Scan. It was this scan that highlighted a couple of hotspots within my body -  one in my right hip and the other around my lungs and sternum area.

Having chatted with my consultant, I felt pretty positive that the hotspots were nothing to be concerned about. They could apparently be inflammation, infection, or cancer. Without further biopsy they had no real way of knowing and, due to the location of the hotspots, biopsy was not possible. I later learnt through research that this was no bad thing as biopsies and surgery can, in fact, split the cell sack and contribute to a wider spread. So, the only option was treatment with immunosuppressants. I understand if at this point I am perhaps sounding somewhat blasé about the situation. I wasn't - I was merely being pragmatic, and I was aware that I have a lot of scar tissue around my lungs and sternum due to mastectomy, reconstruction, a previous hernia operation and years of asthma, chest infections and bronchial asthma as a child. As far as my hip was concerned, again, it was an area I had had problems with for many years.

From the consultant, I was referred to the oncologist who, when questioned about my diagnosis, was very blunt with the ever immortal words, "you have stage 4 secondary cancer". He doesn't have the greatest bedside manner, in case you hadn't guessed. It was at this moment that I had the biggest reality check of my life. I went into a severe state of panic and fear and couldn't help but think that I am far too young to die. Despite his lack of empathy though, the oncologist did do me a favour - he made me take a very close look at my diet and lifestyle.

Fast forward to February 2021 where I discover that the immunosuppressants I have been put on are for life! I was not impressed. I had assumed they were a short term medication only to be taken up to the point where there is no evidence of cancer in my body - apparently not.

In case you missed my first couple of blog posts regarding this second diagnosis of cancer, I had taken it upon myself to research alternative and holistic ways to treat cancer. My research led me to radicalise my diet and change my lifestyle, so from the time of the stage 4 bomb being dropped in November to this particular point in February I had:

In doing all of this I was able to reduce my weight from 74kg to 65kg, reduce excess inflammation in my body, improve my sleep patterns and essentially starve the cancer so that it no longer had anything to feed on.

Prior to my second scan at the start of this month, I contacted the oncologist and explained that I needed to come off the immunosuppressant so that we could gain a greater understanding of what was going on in my body. My monthly blood tests were within normal range of someone who does not have cancer. The self-hypnosis process that I use on myself was also showing no evidence of cancer. My reiki healers were picking nothing up and I felt healthier than I had in years. Now I am sure that many of you reading this article may think that I have lost the plot. My evidence was based on a holistic approach and gut instinct rather than scientific proof. Clearly the oncologist wouldn't have time for any holistic mumbo-jumbo (that was not just supposition – I knew this from my previous knowledge and experience of the man). I explained that I understood my approach was unusual and that we had no benchmark to work from, but that if I used the first November scan as a benchmark, then we could see what the March scan brings and reassess again at the end of May. He reluctantly agreed and I had my second PET scan the next day.

The following week, March 3rd 2021, I received a call from the oncologist with the scan results – there was no evidence of cancer, all areas of inflammation had retreated and all areas were back to within normal limits. I may have deafened JP (the husband) when I screamed after I'd put the phone down. All my hard work had paid off!

What came next did surprise me somewhat. The oncologist called me back shortly after the initial call to tell me that if I chose to come off the immunosuppressant for any more than six weeks for any reason other than those of toxicity, "all funding for future treatment would be withdrawn". I'm not sure what shocked me more, the fact that he'd felt the need to call me a tell me this or the fact that he was essentially saying that, by choosing to stop putting poison into my body, a body that had no evidence of cancer, I would not be eligible for such treatment in the future. I reminded him that he had just told me that there was no evidence of cancer in my body, and as I shouldn't need to remain on the drugs, but he merely reiterated his words about the funding being withdrawn.

If I am honest, it worries me to think about what kind of impact these words would have had on another person. I consider myself to be pretty strong and resilient, but I run a breast cancer support group and see how some of the other ladies going through breast cancer are in a state of fear, a fear that is induced by a lack of knowledge. I have been in that place. I was one of those ladies, but working as a life coach and hypnotherapist has given me the tools to develop the resilience I have today.

As much as I appreciate our NHS and the staff within it, I feel disappointed by the corruption that runs through the cancer treatment industry. My eyes have well and truly been opened in recent times. The big charities talk about finding a cure for cancer, but there are already cures out there that everyday people like you and me are told nothing about. Unless we go digging and searching for alternatives, we never find out about them. The 1939 Cancer Act has seen to that. This doesn’t seem right to me.

I have created a Facebook page to share the information that I have gathered over recent months. I will continue to build this page and make information freely available to those who want alternative and additional options. It’s time for people to know that cancer does not have to be a death sentence.

What I have learnt doesn’t just apply to cancer – it applies to many illnesses, unnecessary illness that can be avoided with a change of diet and lifestyle. I was dismayed when I recently heard about a super pill that has been developed for people with obesity. The only people winning here are the drug companies. We don't need to be feeding people "magic" pills. We need to be helping them identify which foods aren't right for their body so that they can make a positive change.

I could go on and on, but I am sure that you have read enough for now.

If you would like to know more about my cancer healing journey or how to create wellness in your own life, please do get in touch. We have to take responsibility for our own health and stop relying on those around us to "fix" our body for us.

Thank you for taking the time to read all the way to the end. If you know others who you think may benefit from reading this, please do share it.

*Research has shown that by supporting the immune system during chemotherapy treatment, the body is better able to destroy the rogue cells.